How can we help you today?

Essentially speaking, a Conversational User Interface (CUI) is a type of interface, where the interaction layer between a user and software has conversation- or dialogue as the primary interaction form, e.g. voice or text.

Chatbots, virtual agents, digital assistant, conversational robots etc. are all terms that are essentially pieces of software using CUI to mimic a conversation as performed by humans. Historically, we have moved through a series of paradigms of interaction forms between users and computers: 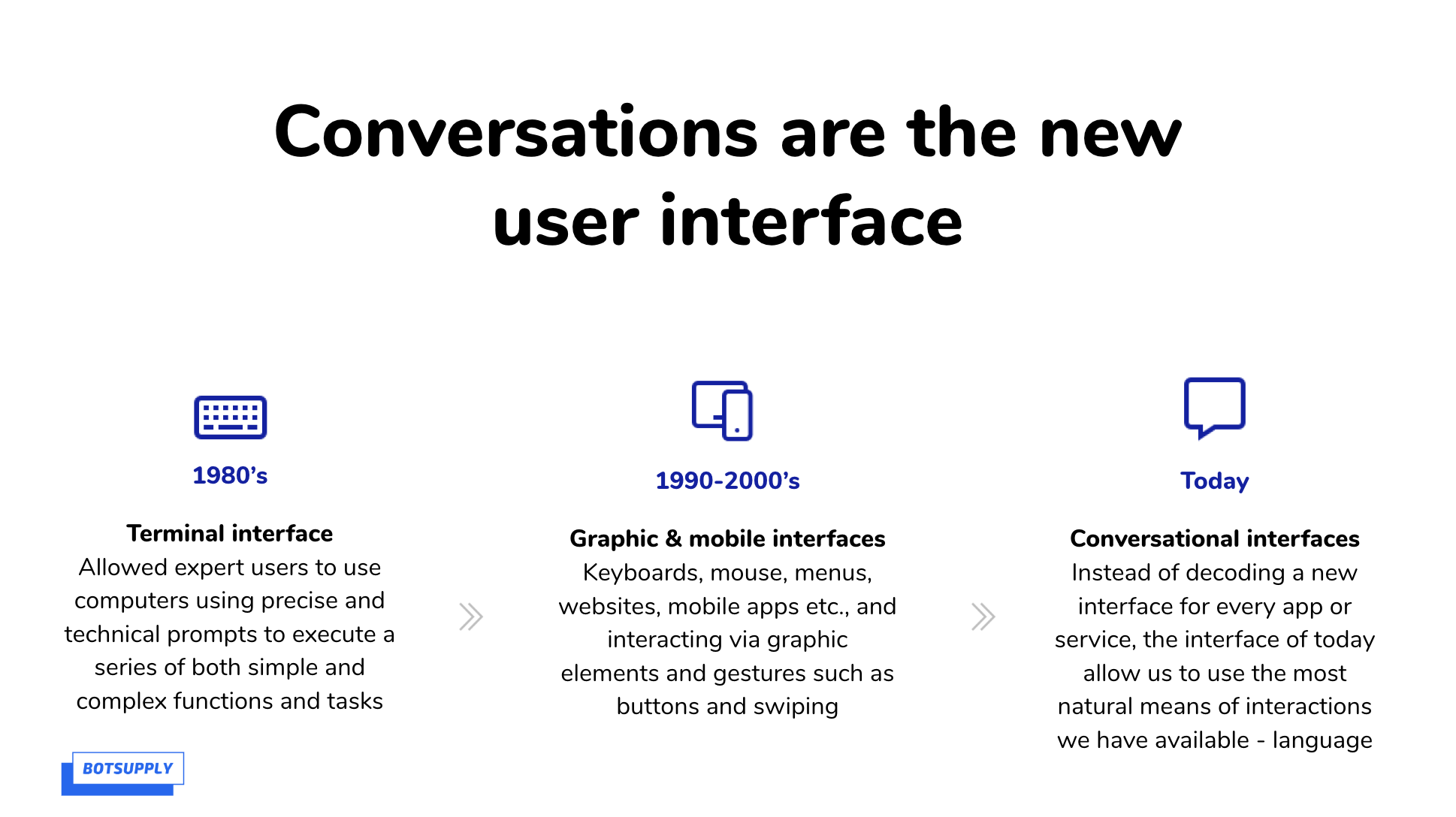 CUI’s provide an opportunity for the users to communicate with the computer in their natural language, and on the premise of humans - not machines. They are not a new invention, you maybe remember Mr. Clippy from MS Word and you could even spot some in” 2001: a Space Odyssey”!

CUI’s will ultimately allow humans to talk to computers in a way that requires the software - not the user - to figure out how to get things done. Or in other words: it will allow users to utilize their own words and needs as the starting point for getting the right information at the right time. This will fundamentally change the way we interact with machines and ultimately brands as well.

G
Giovanni is the author of this solution article.

Did you find it helpful? Yes No

Send feedback
Sorry we couldn't be helpful. Help us improve this article with your feedback.