How can we help you today?

Overview of variables - and how to use them Print

Variables can be used to store certain information in the bot and utilize it for a variety of purposes.

Variables can thus be created to store information from the user such as “name”, “email”, “complaint-description” and later send it in e.g. an email or to a secondary software through an integration.

Variables come in 2 different forms in the chatbot:

Normal variables can be saved and stored through the “save last user input” action or custom YAML and utilized e.g. by calling the variable name in the flow builder, using the above syntax. You can also send it between software with integrations or actions such as the email action.

The picture below shows an input (i.e. name) being stored as a normal variable called “Name”, and then being called/utilized right after in the flow. 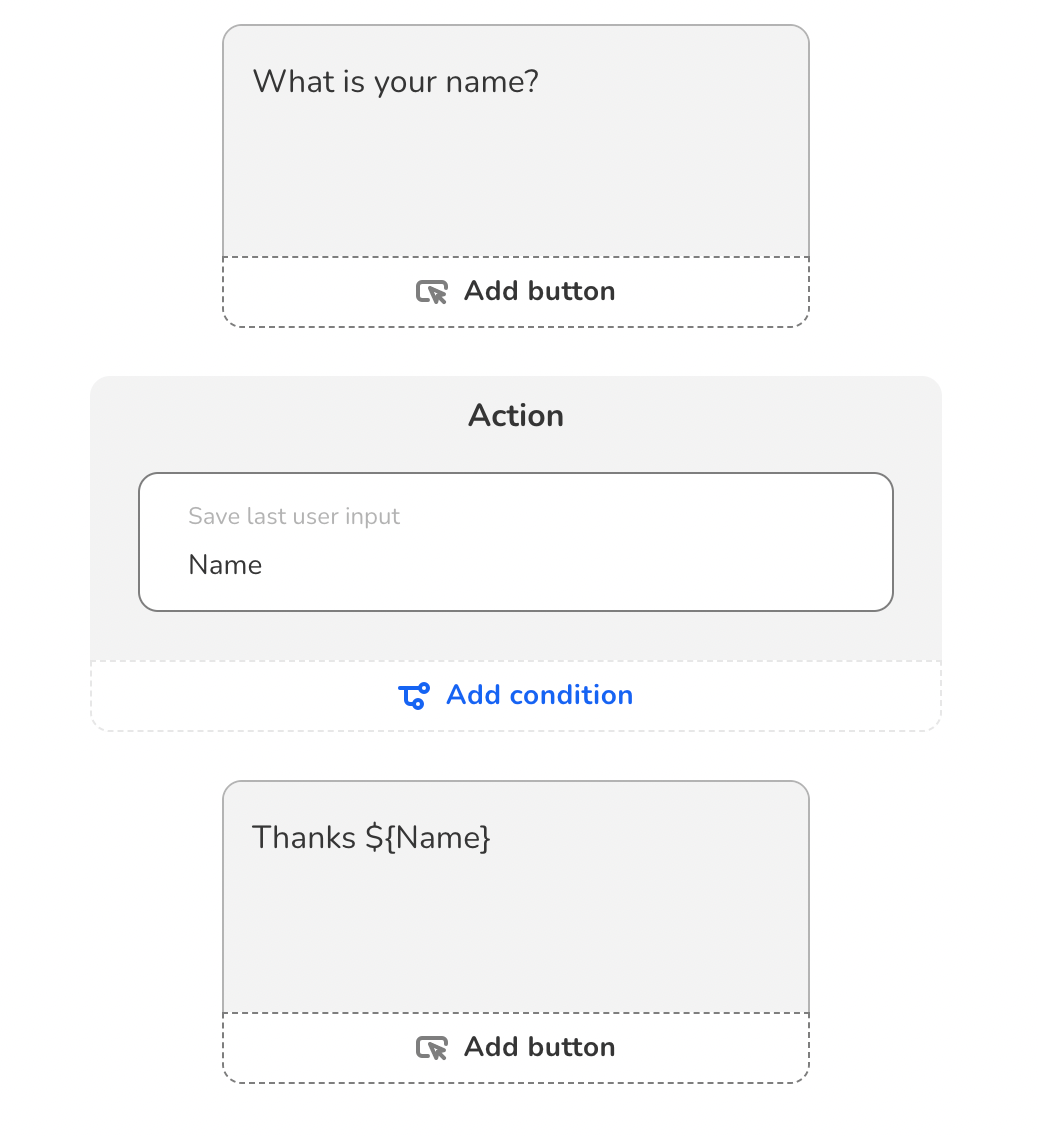 There are two spaces in which the variable can exist, these spaces depend on how the variable was referenced at the time of storing a value.

M
Magnus is the author of this solution article.

Did you find it helpful? Yes No

Send feedback
Sorry we couldn't be helpful. Help us improve this article with your feedback.